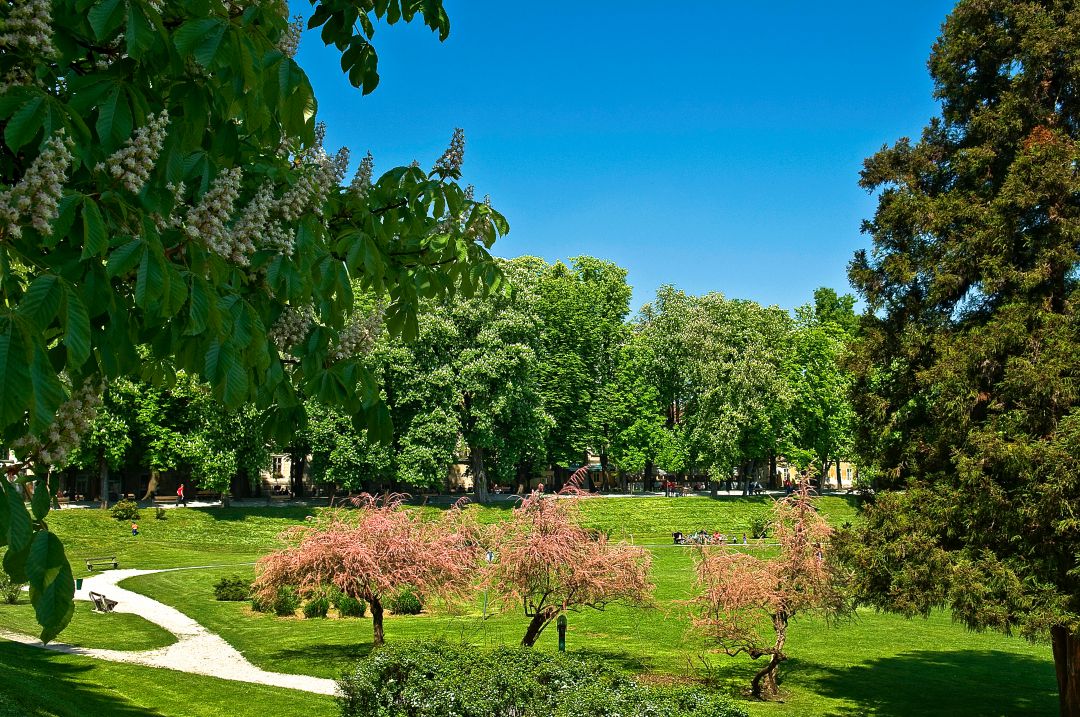 The “town of parks” is proud of its Vrbanić Gardens, opened to the public in 1896. Its landscape-design is probably its most valuable feature.

The initiative for this park, designed to be a small open-air botanical garden, was put forth by the “Town Beautification Society”, accepted by the Mayor and the famous Karlovac pharmacist Josip Vrbanić.

The park is located on the south-eastern part of the town, between the Korana river and the Karlovac old town, the Star, and is a part of the famous recreational area on the Korana’s left bank. In a dedicated effort, Vrbanićarranged the trees and ornamental plants, obtained from the Archbishop’s Gardens, Vranyczany’s nursery at Dubovac, and also from Trieste and Vienna. The garden is divided into three parts, an English part of the park, a central part laid out in French style, and a third part made of coniferous spruces and firs. Many terracotta statues were also placed in the park, and remained there until the First World War. For a time, the sculpture exhibitions were organized in the open, a small zoo was set up, and along the Promenade  one could encounter peacocks, too.

Today, the park is a favourite gathering place for numerous locals, as well as for the town’s visitors who enjoy the shade of centuries-old trees.