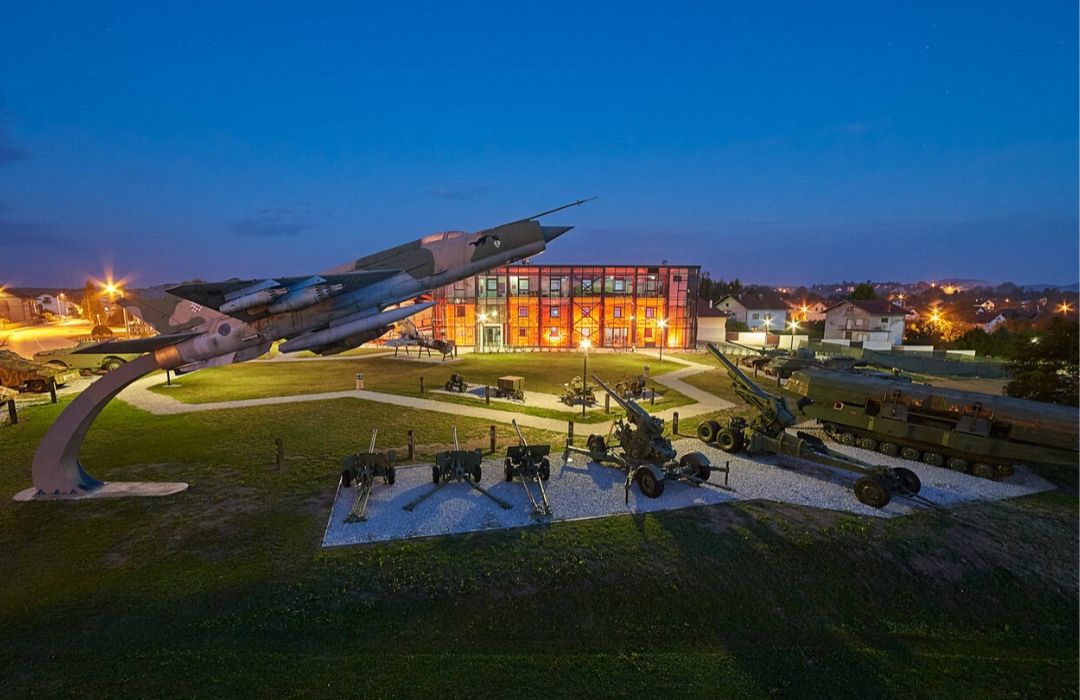 In an old Austrian barracks in the neighborhood of Turanj, 4 km from downtown Karlovac and along the Karlovac – Plitvice state road, the Karlovac City Museum has established the Museum of the Homeland War.

Since the construction of the wooden watchtower turan in 1582, which had guarded the southern entrances to the Karlovac fort from the Ottoman invaders with a military garrison of frontiersmen, Turanj has been an outpost, the last line of defense of the city of Karlovac.

In the 1991-1995 Homeland War, Turanj was a strategically important point in the city’s defense, a place where the enemy was thwarted in its attempt to seize the city and divide Croatia. Today, Turanj is a symbol of victory, a witness to the struggle for free and independent Croatia and a permanent memorial to the heroes of the Croatian Army who had defended Karlovac and Croatia in Turanj.

The building reconstruction project was entrusted to architects V. Lendler Adamec and T. Basar from the Projektni biro 2A studio from Karlovac, who took into account genius loci, i.e. the requirements of modern museology and the principles of modern architecture. Through this project, the building has been affirmed as an exhibition topic, a museum artifact. The glass envelope of the new architecture underlines the importance of the old building, making it the core of the entire complex.

The interior of the building on three floors is organized so as to provide for a coherent functioning of the museum contents. The building’s ground floor holds the Memorial Room of the Karlovac Defenders from the Homeland War, a souvenir shop and a cafe. The permanent exhibition Karlovac 1991 – 1995 is displayed on the first floor, while a multi-purpose hall, library with a reading room and offices are in the attic.

Karlovac 1991 – 1995 exhibition
The California building is primarily intended for the presentation of the permanent exhibition Karlovac 1991-1995, dedicated to life in the city of Karlovac and the Karlovac battlefield during the Homeland War. The author of the exhibition concept is Ružica Stjepanović, while the conceptual design was authored by Nikolina Jelavić Mitrović. The principal idea of the exhibition – portrayal of life in Karlovac and of its inhabitants in the Homeland War is presented in six thematic units.

The display begins with a brief introductory unit How did the war start?, which presents the political and economic situation and breakdown of the SFRJ through a modern museological approach. The topic of the second unit, Virovitica-Karlovac-Karlobag, are the origins and goals of the Greater-Serbian ideology, and the beginning of the aggression on Croatia as a means of achieving these goals.

The third thematic unit, They became defenders, presents the front line, as well as the course of war events in the Karlovac area. The unit Life against the war is a representation of the economic, social and cultural circumstances in the City of Karlovac during the Homeland War. The last unit, Victory, presents the military and police operation Storm, focusing on the Karlovac area. The sixth unit is displayed in the outdoor area of the Museum, as an integral part of the exhibition, presenting combat technology with an emphasis on the combat vehicles from domestic workshops.

The permanent display is presented in a modern and interactive way, with 350 original artifacts, more than three hours of multimedia content, video presentations, animations, films, all of which the visitors discover and explore on their own. The educational corner will be of particular interest to the youngest visitors, as there they can learn about the history of the Homeland War through riddles, puzzles and quizzes.

Mondays and state holidays: closed
Last admissions half an hour before the closing time.

A group consists of at least 20 persons.
A family ticket comprises two adults with underage children.

The complex is accessible to persons with disabilities. 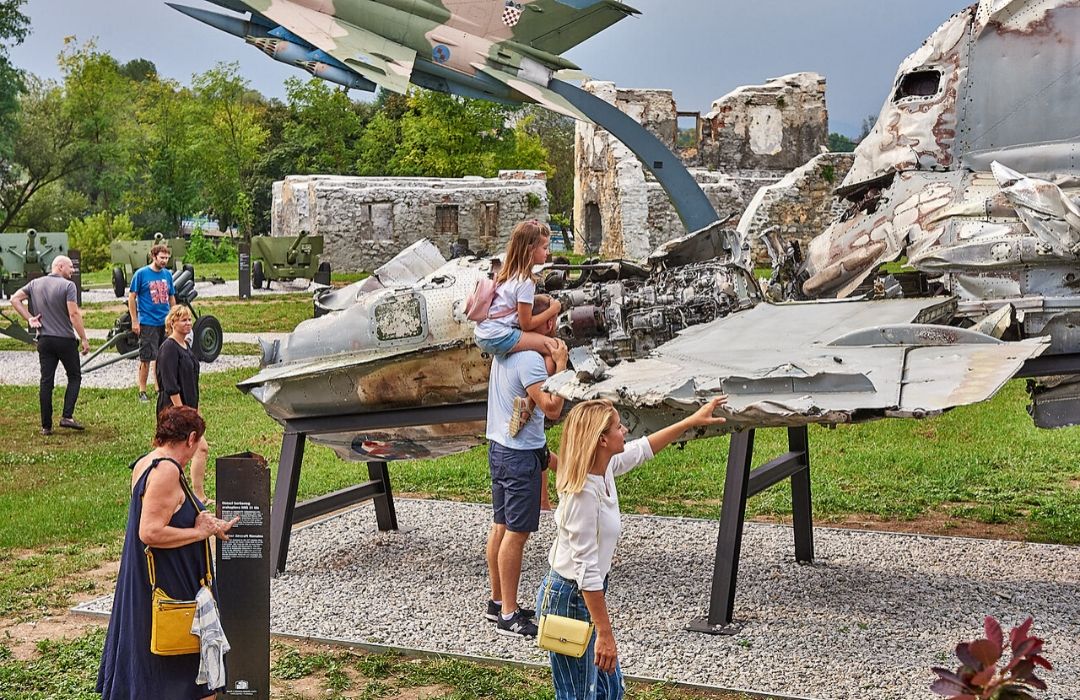 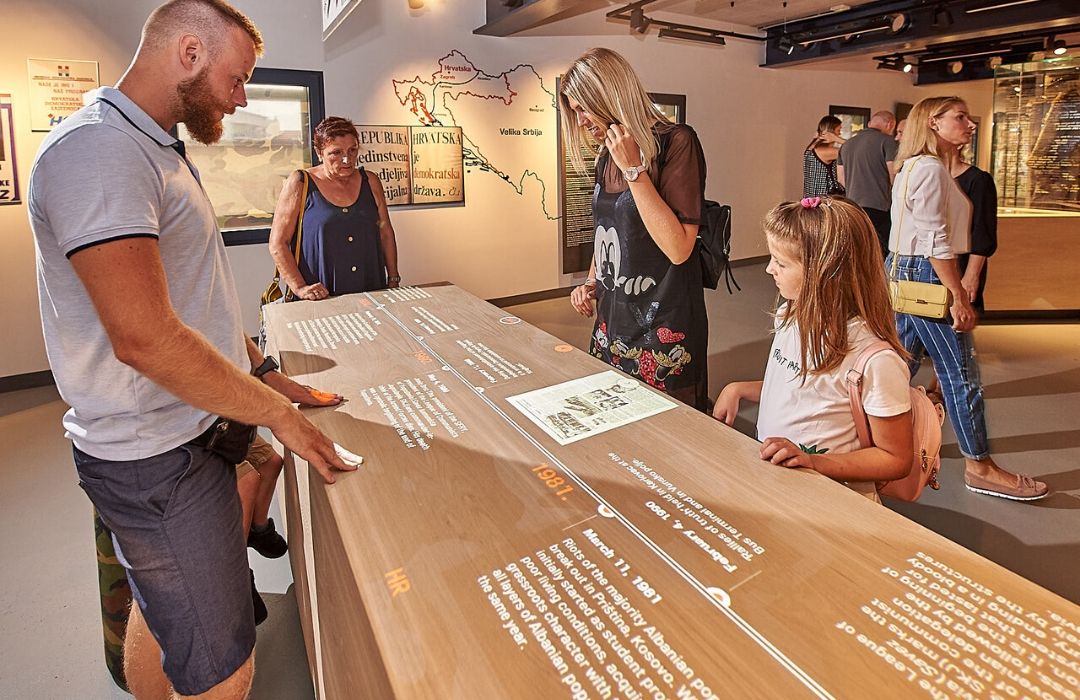 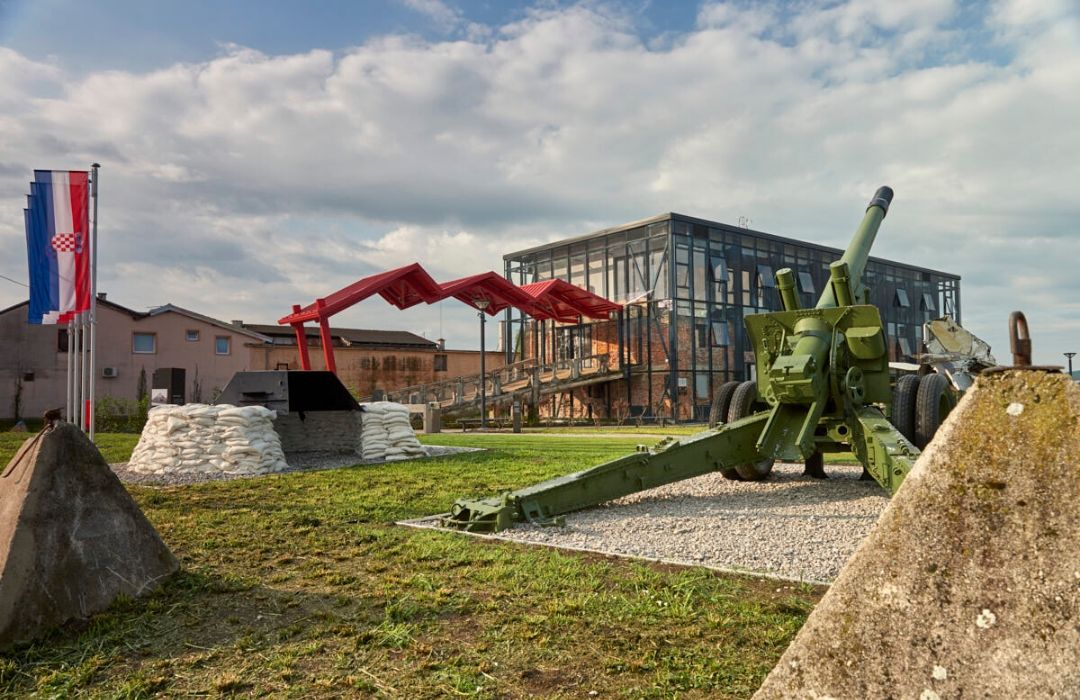