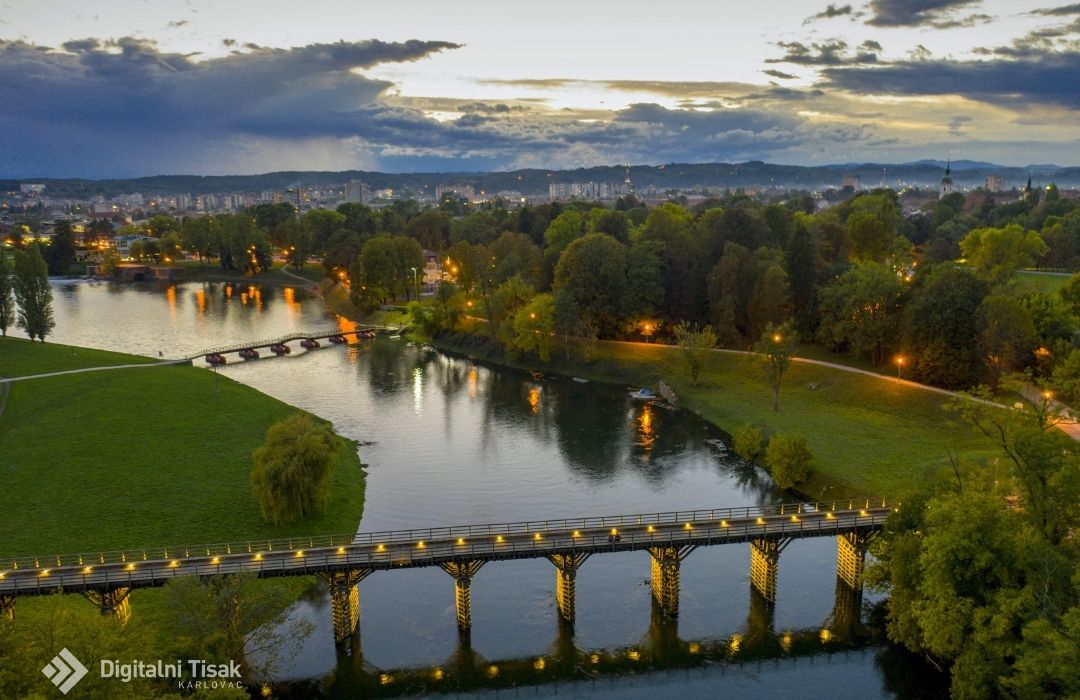 Karlovac is situated on the banks of four rivers. It is only logical, then, that it is also a town of many bridges. Further analysis brings us to the conclusion that it is a town of boats. Also of fog, angling, fish, frogs and an odd mosquito. Everything in this town is connected to the four rivers, the freshwater Aquatika aquarium, the romantic walks along the banks and the drinking water. We use them to name everything we can, from kindergartens, to sports clubs, to restaurants, to our own children.

For reasons unbeknownst to us, Mother Nature decided to locate all the spare rivers right here. For reasons that are quite well-known, however, a wise man decided to build a town on the banks of those four rivers. And here we are, in the watery embrace of our own four beauties. How many times have we mentioned the word ‘four’? Four times.

Every Karlovac citizen has his or her own favourite river. And each river has its special hue. Every visitor is going to fall in love with one of the rivers. Or with all of them? All four.

The Kupa river is the longest of the four, with its spring in the Risnjak national park. All the other Karlovac rivers eventually flow into the Kupa. Sometimes it is very unpredictable, but mostly it is quiet and serene, dangerous only when agitated. At those times it washes over our streets and keeps us busy at the levees. The only mystery: why the river whose spring is only 30 km from the Adriatic Sea flows in the very opposite direction, like no other river in the world?

The Korana river is unique as we cannot take you to its spring. It has no spring. It flows out of the Plitvice Lakes, through a canyon wit many waterfalls and cascades and becomes tranquil in Karlovac. Just like the Kupa, it flows almost through the very town-centre. Thanks to the unusual combination of the dissolved minerals, its waters are conductive to health, and so it used to have a spa. It is the most popular river when it comes to swimming and other summer joys with its Foginovo beach.

The Mrežnica river has two springs, in contrast to the Korana, which has none. Strange rivers, no doubt about it. The Mrežnica is famous for its tufa barriers and cascades. We did our best to count them and got the precise result: there’s an endless number of them. The best way to get to know the river is in a kayak.

The Dobra river has one spring and also two additional springs. And several different names in its upper parts. In Ogulin, it turns into a subterranean river at Đula’s Abyss. After that, it resurfaces, rushing through a canyon, over the dams, filling reservoirs, powering the old mills and in the end slowly flows into the Kupa. 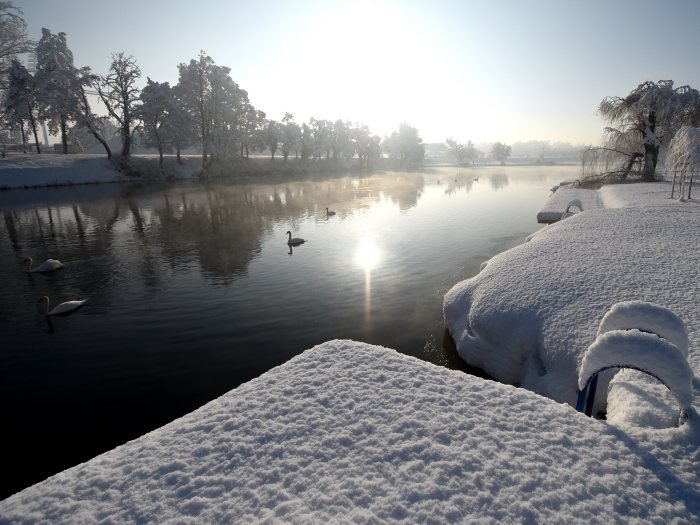 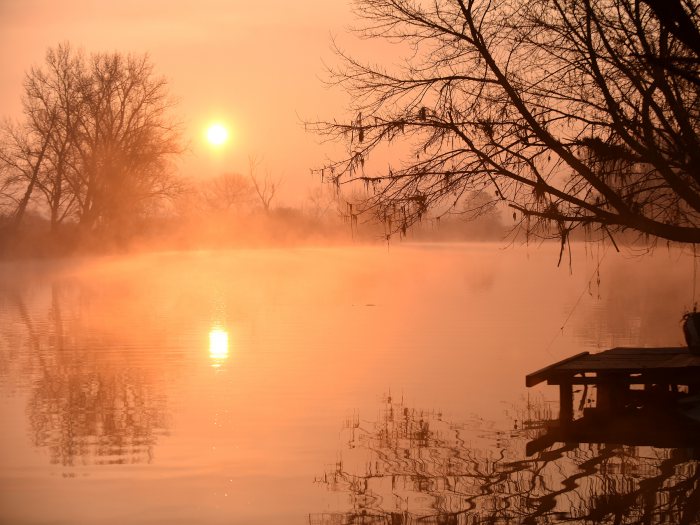