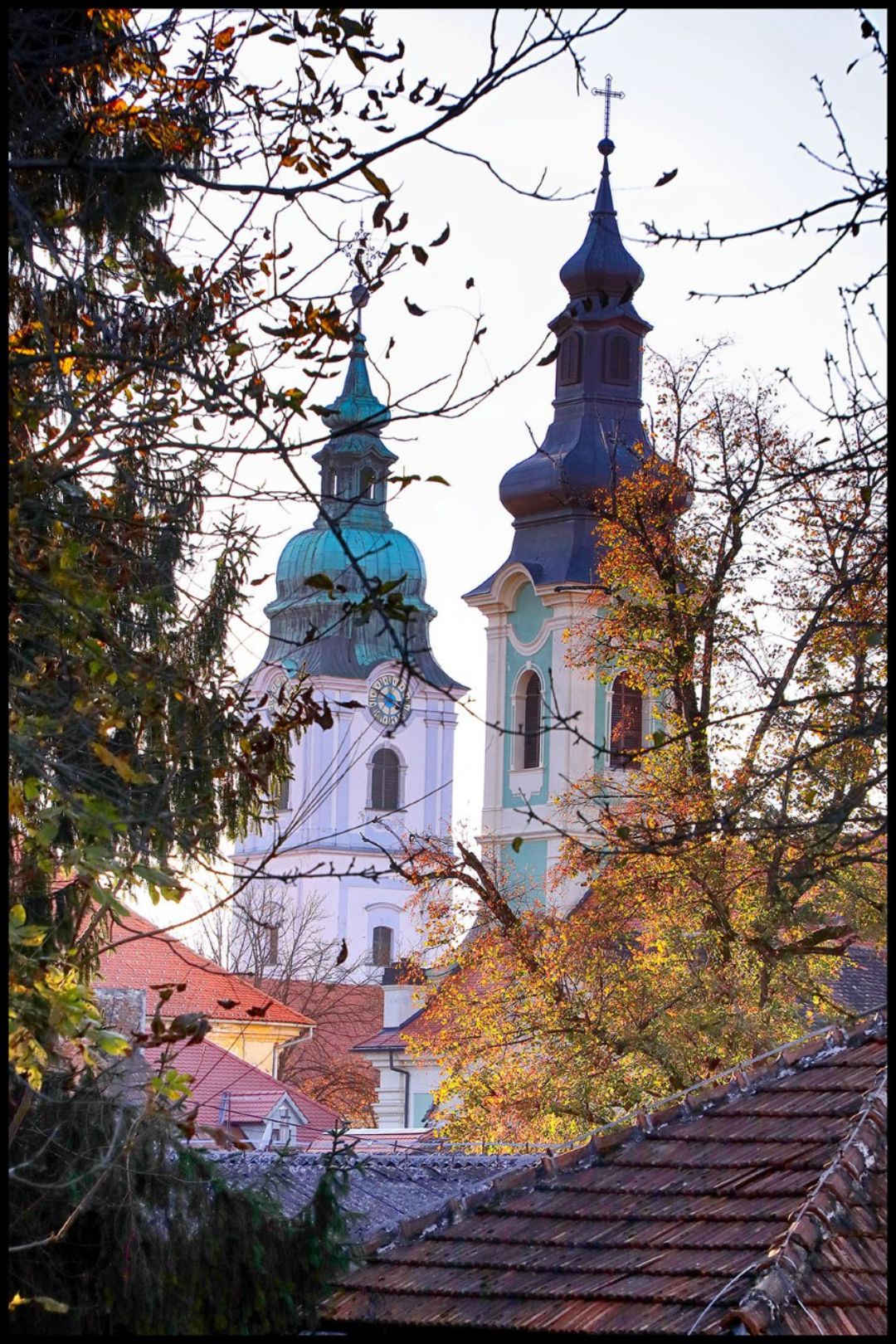 Karlovac’s Josip ban Jelačić Square, flanked by two church towers, is a familiar postcard sight. The St. Nicholas Church at the central square of the Karlovac Old Town, opposite the Holy Trinity Church, is a part of the well-known town vista. This is the only Orthodox church in the town. Its patron saint, St. Nicholas, is the most important saint and patron of many Orthodox families that have financed its construction. For Christians, St. Nicholas is the patron saint of children, merchants, sailors, but also of river sailing, which makes him a logical choice for the patron saint of this church, considering the historical development of Karlovac and its inhabitants.

This square is a Renaissance quadrangle of the former military campus, refashioned into the formal central square of a free town, complete with military and religious buildings, conforming to the calls by both the citizens and the Town Council for it to become a ‘town adornment’. So this square became a lively town centre, surrounded by two churches and military buildings, full of life thanks to the farmers’ market with all the local produce.

The church was built in 1786, according to the plans drawn up by the Karlovac guild builder and fortifications specialist Josip Stiller, the most important Karlovac architect of the age, whose town planning solutions still make the Karlovac Star a unique urban vista.

Apart from its Baroque belfry you’ll see the moment you get to the square, the St. Nicholas church has an altar table, an iconostasis and the frescoes of the rebuilt and renovated church destroyed during the Croatian War of Independence.

Do visit our Orthodox temple and enjoy the fresh look of an old church, a gem of the Karlovac church heritage.