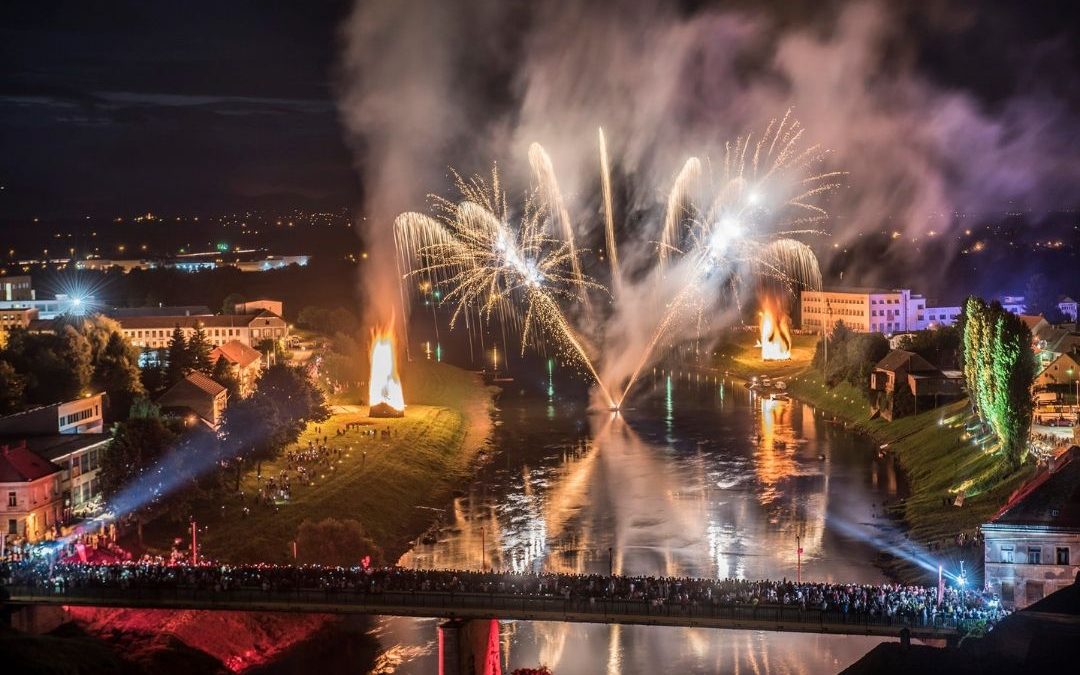 “Ever since the pagan days of yore, our folk traditions have called for the bonfires to be lit on the eve of St John’s. And as this town of ours is so national in its character, so it has retained many an old tradition, lost long ago in other parts of the country or towns… The aim is to celebrate the beginning of summer, in the way the old Croatians did it in pagan times.”

The oldest written records concerning the St John’s Eve bonfires date back to 1779. The location has been the same ever since. The first bonfires were lit up on a field on the Kupa bank in the so-called Struga, in the Gaza neighbourhood, and the opposite bank, Banija, soon took up the tradition. The age-old rivalry between the two neighbourhoods, Banija and Gaza, neighbours on the opposite banks of the Kupa, was thus raised to a whole new level, and the competitive spirit heats up every year in the days and weeks leading to St John’s Day. Since that time, the two banks have been trying to outdo each other in the construction of the bonfire, its size, beauty and the duration of the fire itself.

The custom of setting ablaze bonfires at the time of the summer solstice, when days are the longest and the Sun in its highest position in the sky, is very old and has been observed in the Karlovac region for centuries. It used to symbolise the Sun and served as an attempt to invoke blessings for a bountiful harvest. That is how the bonfires became a symbol of the Karlovac boatmen spreading the grain trade along the Kupa. The grain boats have long been out of use now, and the town wharfs have been empty, except on St John’s Eve, when both banks are illuminated by huge bonfires.

In 1966, the Kupa Bonfires, as it was called back then, ceased to be just a local, two neighbourhoods feast, becoming more and more famous in ever wider areas. Numerous guests from Croatia and abroad are always welcome with merry songs and dances, the tug of war between Gaza and Banija competitors, boat rides, hot air balloon and hand glider flights, various culinary treats and the lavish fireworks. The whole event usually lasts long into the night, until the last spark of the fires is still visible.

This is an unusual town in which the rivalry between the two opposite banks has always connected its people more than all the town’s bridges. And speaking of bridges, the one connecting Banija to Gaza is called the Banija Bridge. Has anyone ever started a discussion about that? How is that possible? Why is it not the Gaza Bridge? Hmm…