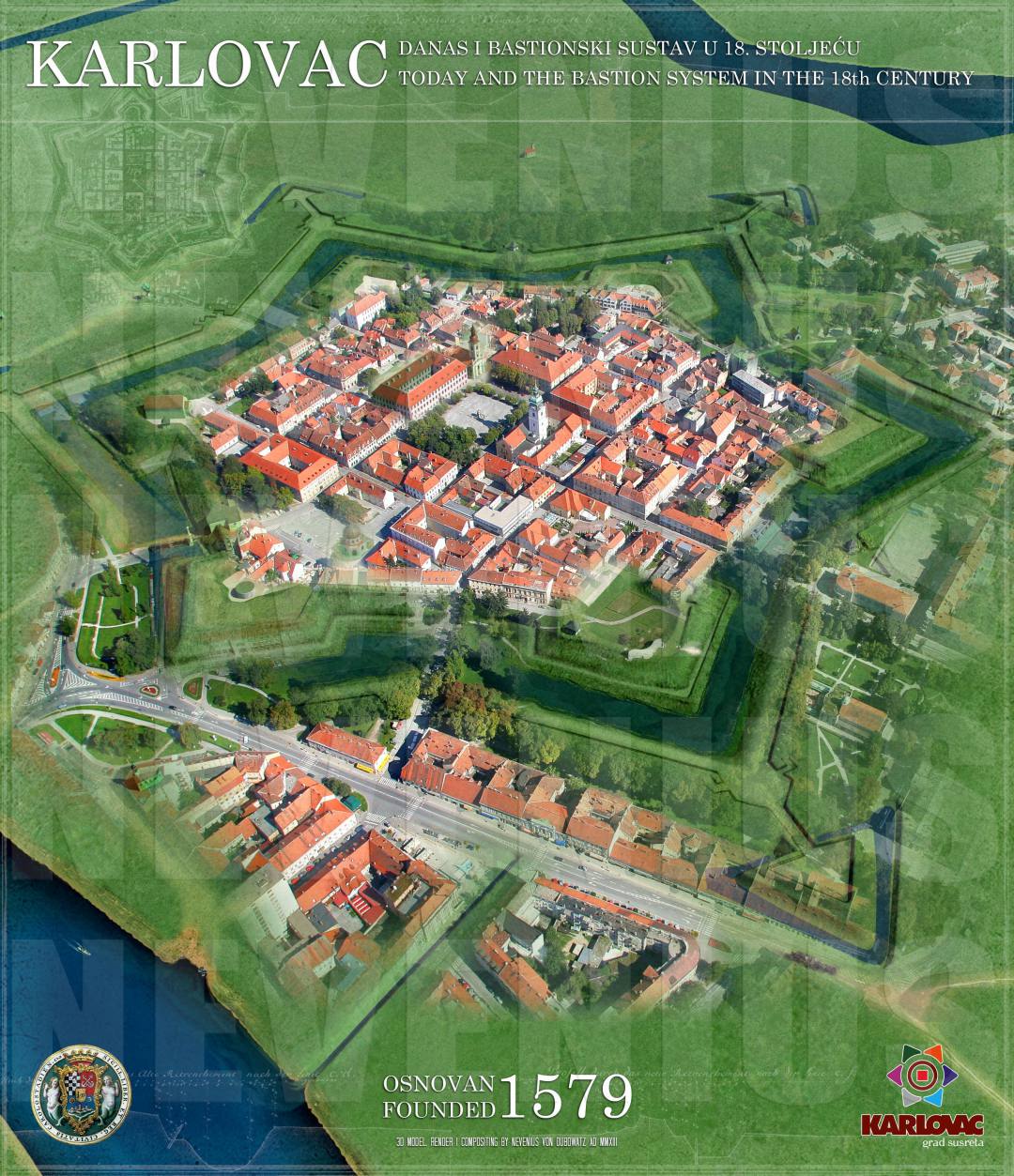 Martin Gambon was the chief constructor of the Karlovac fortress. He was from northern Italy and one of the most prominent builders of his time. A quiet Karlovac street has been named after him, inside the former fortress, close to his moats and walls. In some texts, he is referred to as Matija, which could easily be a consequence of misreading the not so legible historical records. Although Martin Gambon was the chief designer and constructor of the fortress, the town was named after Charles II, Archduke of Austria, who initiated the whole endeavour.

‘Gruelling and arduous was the construction of the Karlovac fort, exacerbated by marshy terrain,’ say the old documents. The construction started on July 13, 1579, and Karlovac is one of the rare towns and cities with the exact date of its inception well-known.

The Karlovac fortress, with its regular form of a six-pointed star, is a fine example of fortification design. It was surrounded by moats that in case of danger could be filled with the Kupa and Korana waters. Karlovac had an important role as a defence fort against the Turkish raids and has never been conquered. A legend says that nine hundred Turks’ heads were placed inside the fortress foundations, thus ‘protecting the town’. Gambon may have been the only person to know the truth.