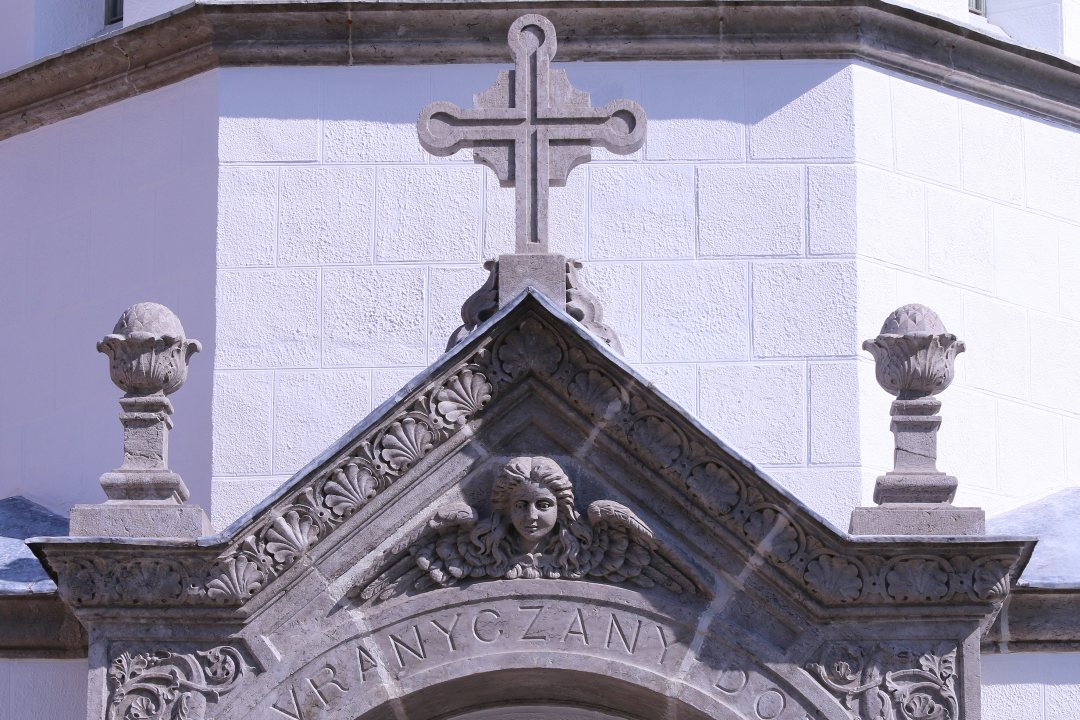 A town’s culture can best be known and felt through its cemetery. At Karlovac cemeteries, a whole history, suspended in eternity, sleeps quietly. Here, you will find the most candid picture of life in Karlovac and at once get to feel all the power of time’s transience.

The town of Karlovac has five cemeteries. The cemetery route is a tourist product recognised by the European Institute of Cultural Routes. This esteemed international association has 179 members from one hundred European cities and towns, promoting the cemetery cultural heritage as European historic and cultural legacy, and the Dubovac Catholic cemetery is among them. The aim of this tourist project is to make the cemetery architecture and monument heritage more accessible to a wider audience. 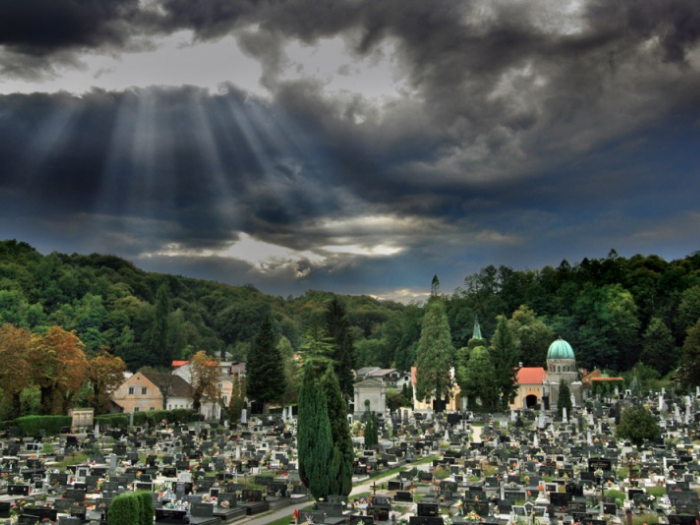 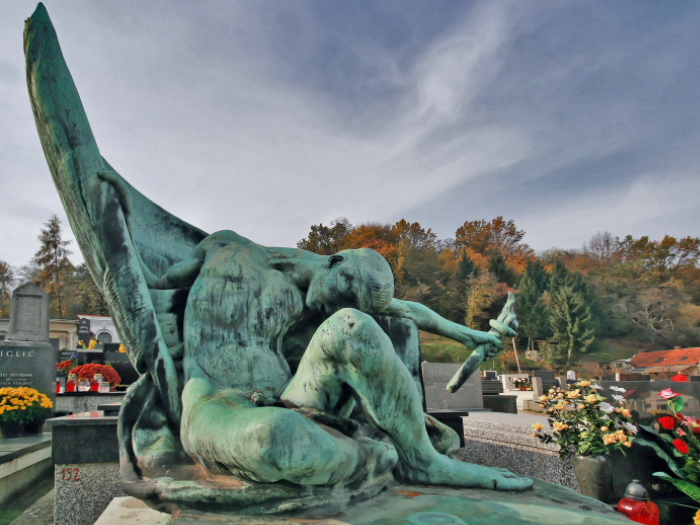 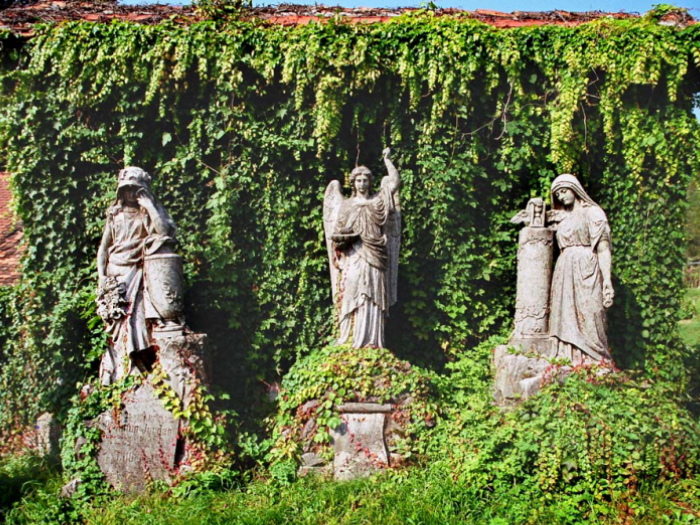 The Dubovac Catholic cemetery is the last and quiet resting place of many respected Karlovac citizens. The family mausoleums at the entrance, as well as the All Saints chapel are the prime examples of the Karlovac architectural heritage. A walk around this cemetery will give you an insight into a collection of sculptures, monuments connecting death to the worldly sorrow and grief for the deceased, to the belief in resurrection and the time that will not return. While there, say hello to the stone statue of the Weary Traveller. He came over here to have a break from life.

The Military, Orthodox and Jewish cemeteries are lined up in a continuous formation, not far from the Catholic cemetery. The Military cemetery is the oldest and was, as its name suggests, meant to be the final resting place of the officers and soldiers. The most impressive part of this cemetery is a gloriette with arches, covering the whole length of the cemetery. Take the old stone steps, slowly, to the top, to the arches, and let the view take your thoughts far away.

The Orthodox cemetery has an unusual construction, a Neo-Baroque family mausoleum, and the greatest artistic treasure is a monument with a mosaic depicting the saints, a decorative wall and the iron gates in front of the five headstones.

The Jewish cemetery is impressive thanks to its marble gravestones and the mortuary fashioned after the antique temples, as the only example of the Jewish religious architecture in Karlovac. The narrow steps will lead you to the world of marble giants and the heavy silence of the stone flowers.

The Jamadol cemetery is the most recent Karlovac cemetery and its history has not yet been written. It was conceived as a park-cemetery with a thuja alée symbolising the joining of heaven and earth. It is situated on a hill above the town, so that at dusk the candlelight complements the town lights, merging the two separate worlds.

Since most of the Karlovac cemeteries are located at the Dubovac area, while contemplating life, the locals will often say: ‘Before I move to Dubovac…’ In the meantime, walking around the cemeteries is like walking around an open-air town museum, a park with sculptures and the place where Karlovac history is being written.