Apart from being Croatian ban (governor), Ivan Mažuranić was one of the greatest 19th century Croatian poets. His most important work is the epic poem The Death of Smail-aga Čengić. Its first public reading was held in Karlovac, in 1847.

He was born in Novi Vinodolski, on July 18, 1814, attended secondary school in Rijeka, Szombathely and Zagreb, where he also studied law. He came to Karlovac as a lawyer, unexpectedly fell in love and married, and this was also where he reached his greatest literary achievements.

Until 1849, Mažuranić was the most prominent leader of the so-called Karlovac Group within the Illyrian movement and his Karlovac years are the pinnacle of his creative period. From 1871 to 1880 he governed the Croatian kingdom as a ban, withdrawing from politics completely after that and living in relative seclusion, devoting his time to mathematics and astronomy.

Due to his popularity, his portrait is featured on the 100 kuna banknotes. 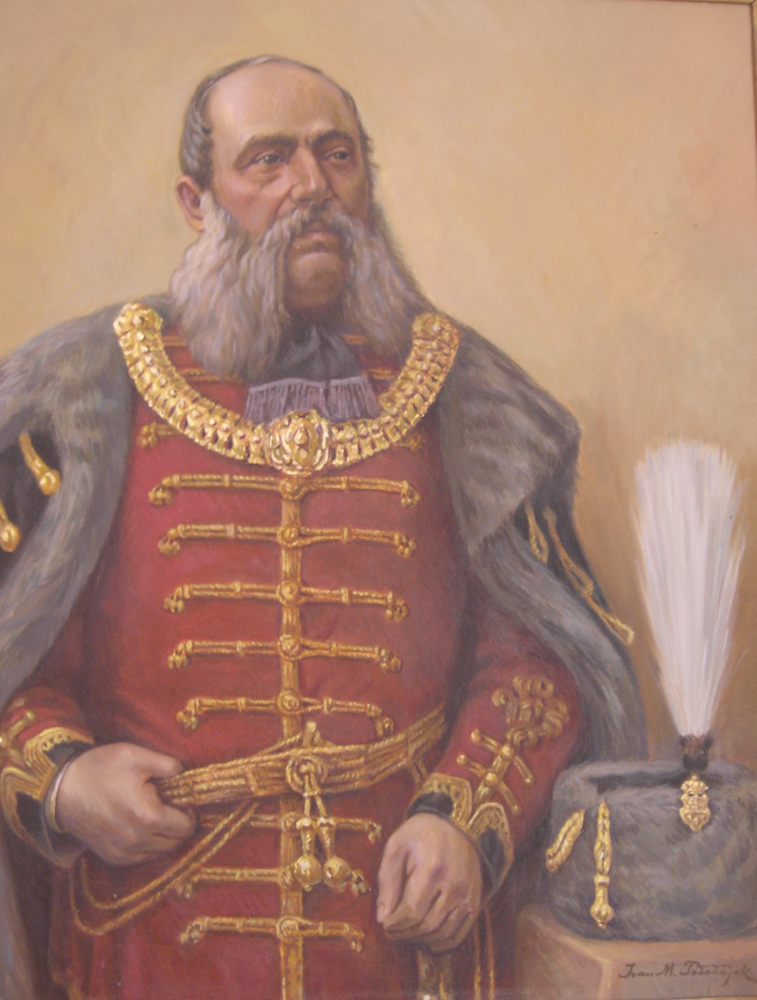